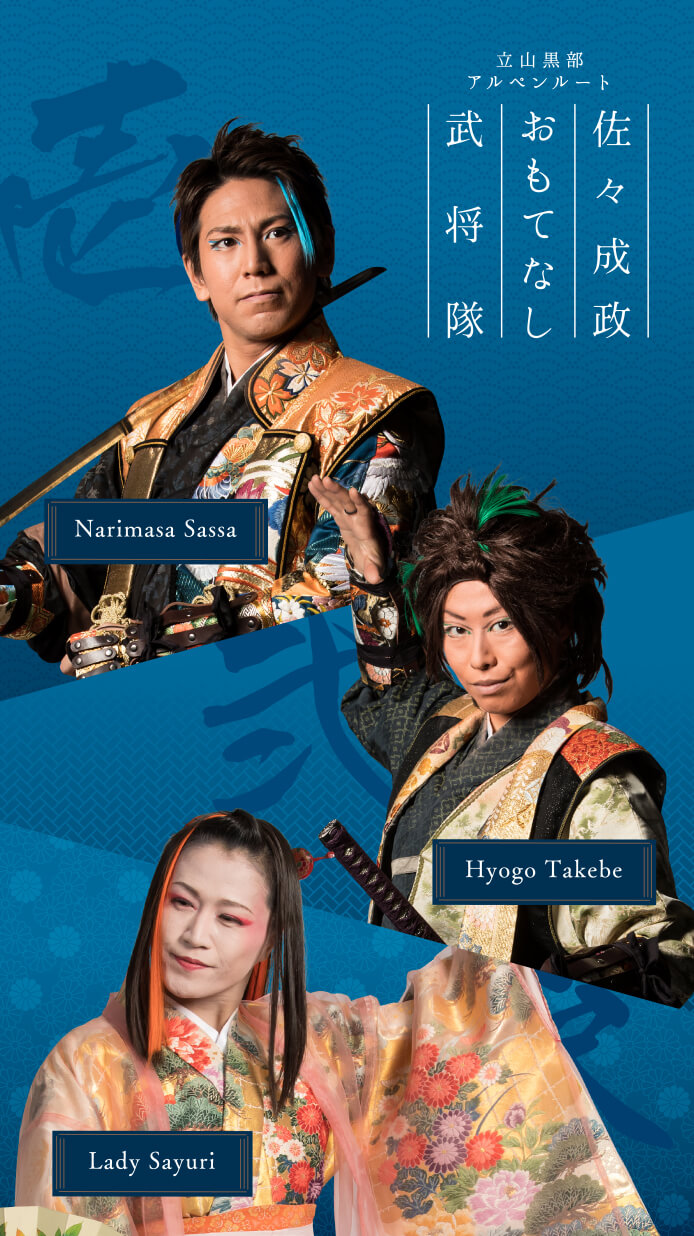 About the Narimasa Sassa Hospitality Squad

Based in the Kurobe Alpine Route area, the Narimasa Sassa Hospitality Squad was formed in 2017 in order to put on performances and greet visitors as part of Omachi’s tourism initiatives. We look forward to welcoming you. 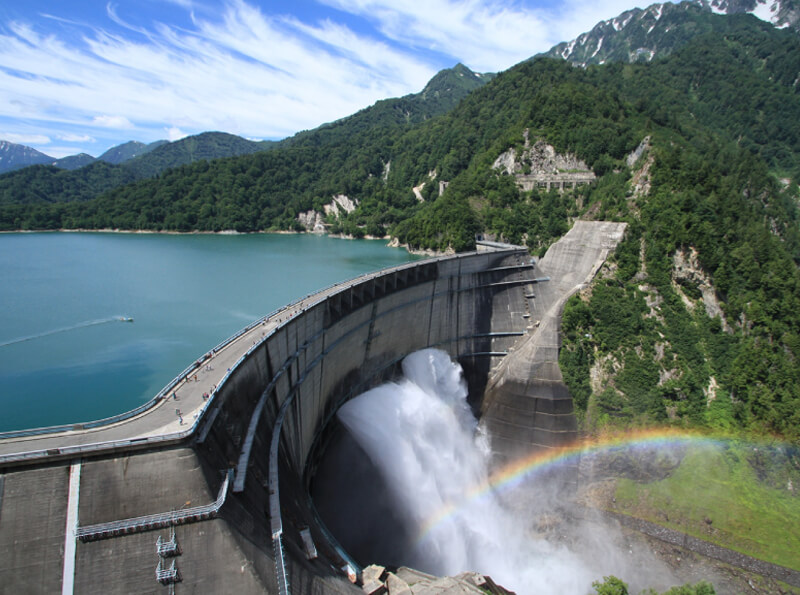 Even today, it is dangerous to cross Mt. Tateyama in winter, but nearly 430 years ago, during the Sengoku (warring states) period, Narimasa Sassa did just that. This is known as Sarasaragoe.
The name comes from the fabled crossing of the Zaratoge Pass, known for its immense snowfall.
If you are wondering why someone would risk such danger, it was so that he could flee Toyama and go to the aid of Ieyasu Tokugawa while the snow kept enemies from attacking. Enemies had other routes surrounded, preventing passage. Despite overcoming many hardships and even losing many soldiers in avalanches, Narimasa Sassa was unable to win Ieyasu over when he arrived in Hamamatsu. Later killed in battle, he was adored by the fiefdom’s populace for the work he put into flood control for the Joganji River, which often overflowed.

This error message is only visible to WordPress admins